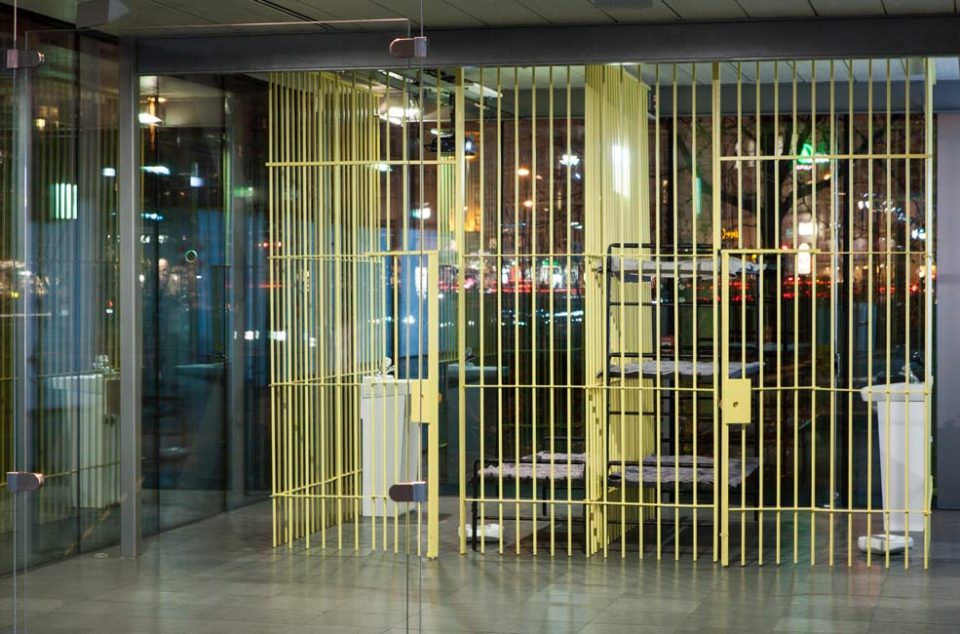 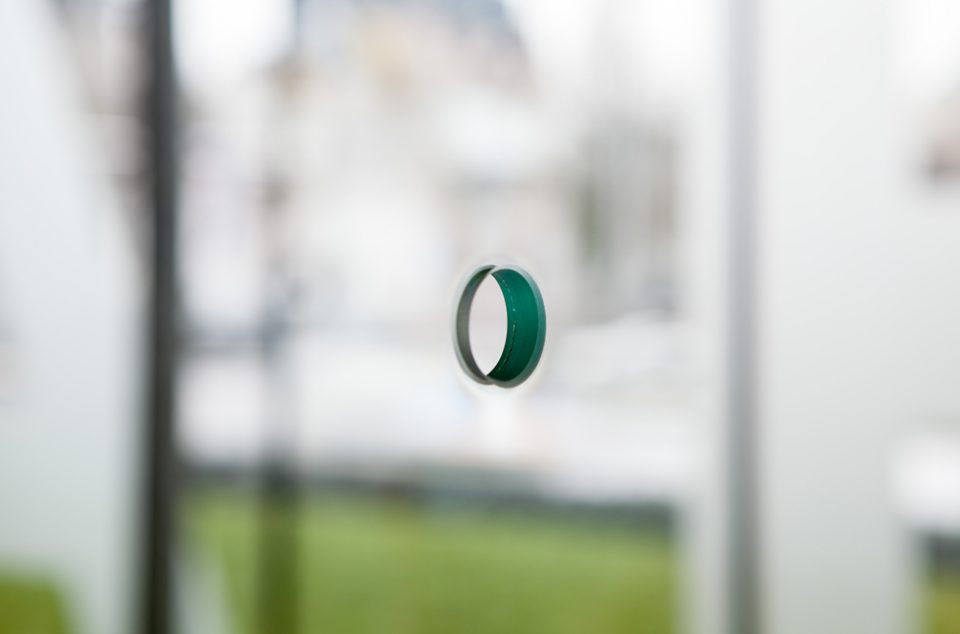 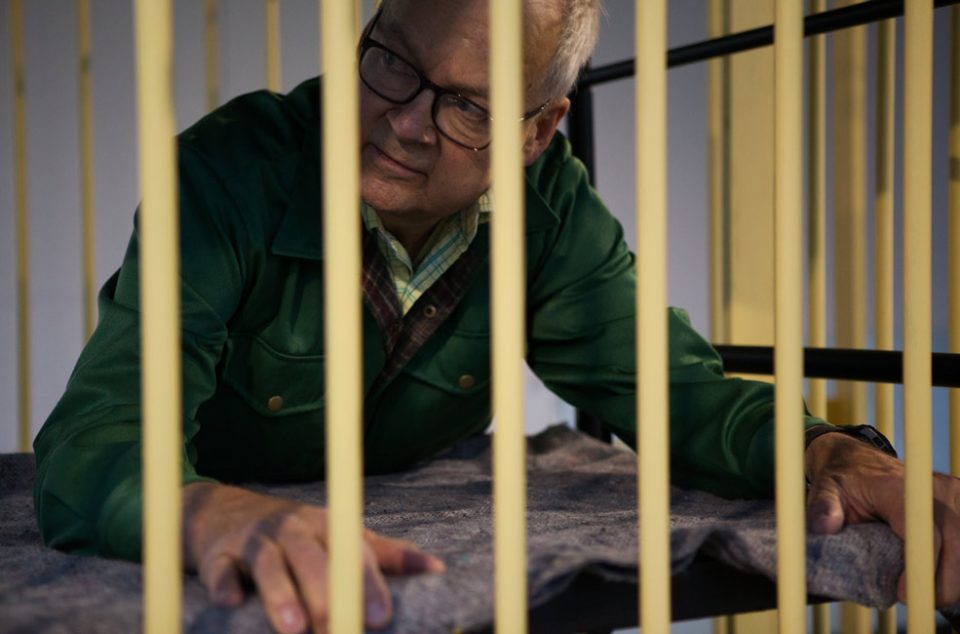 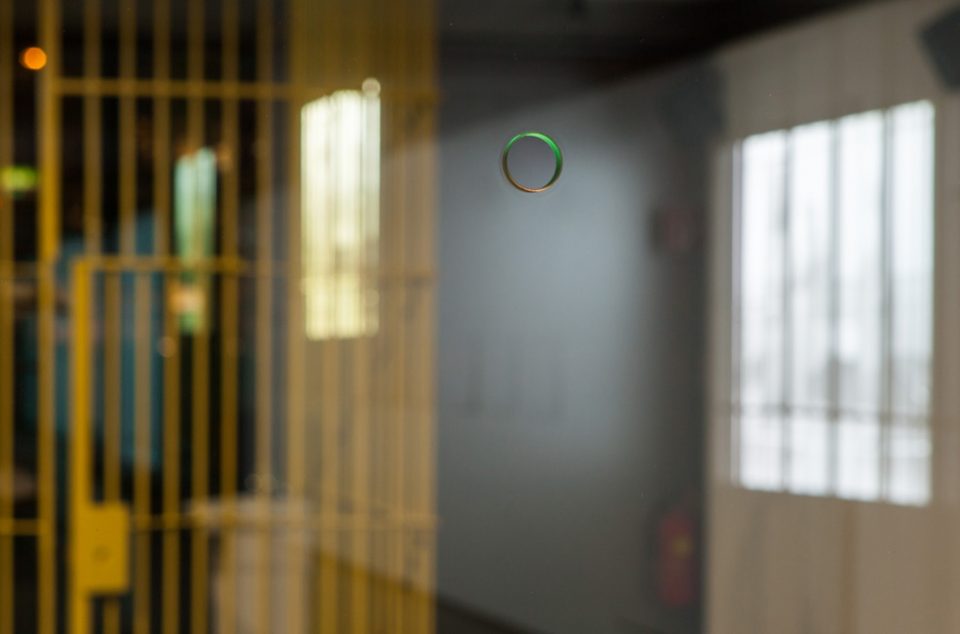 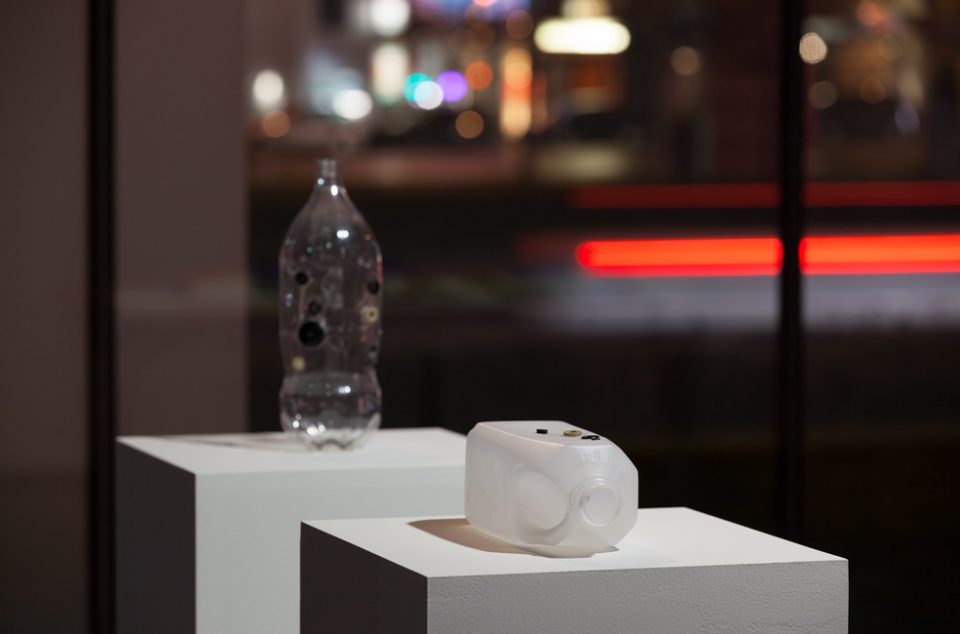 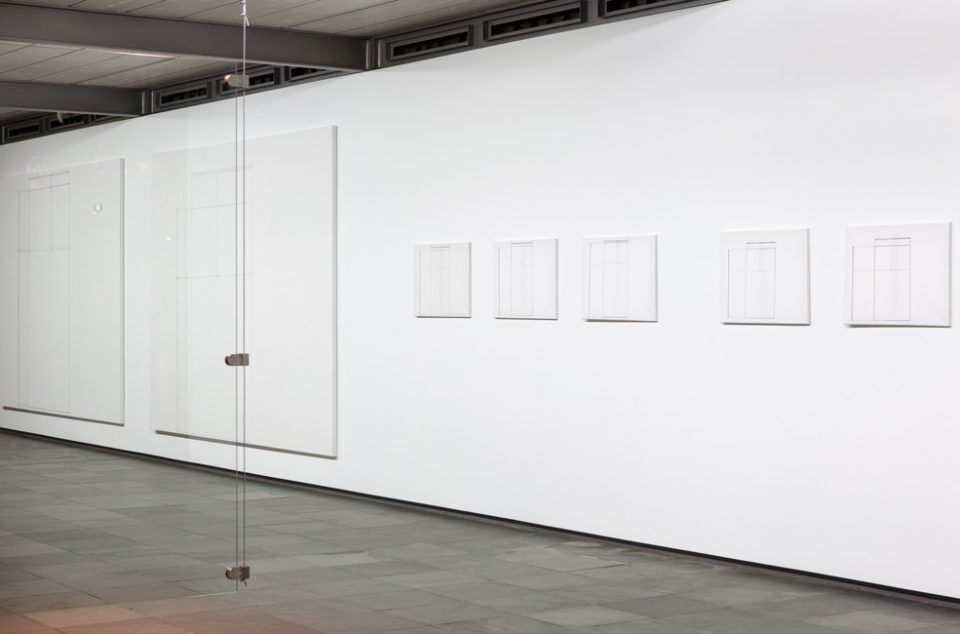 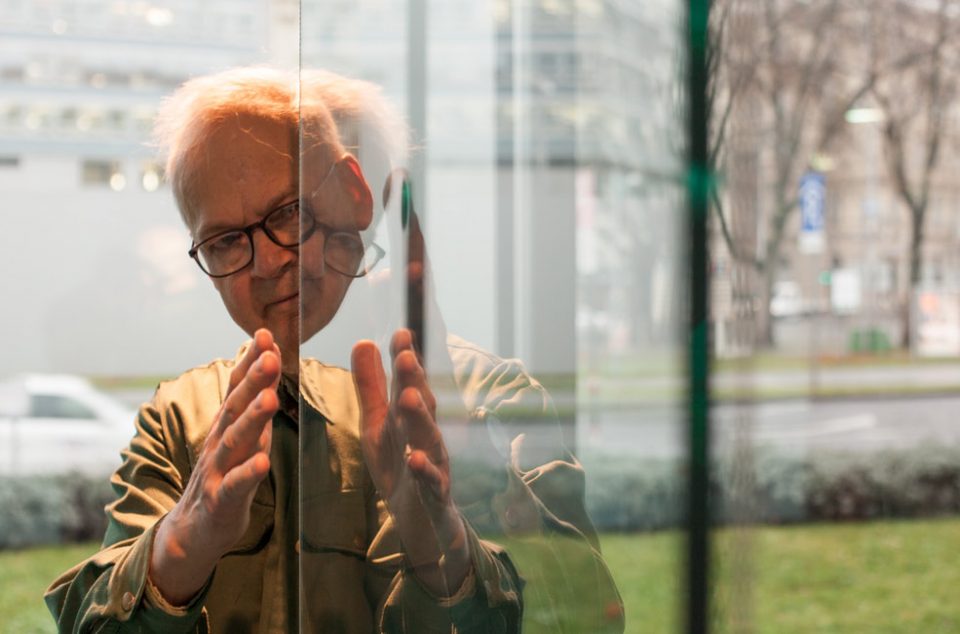 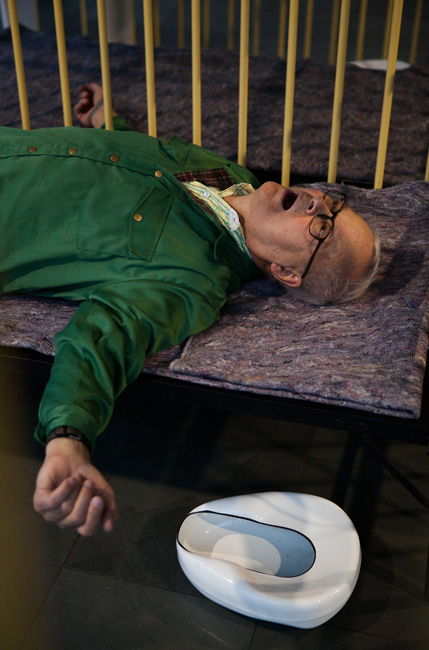 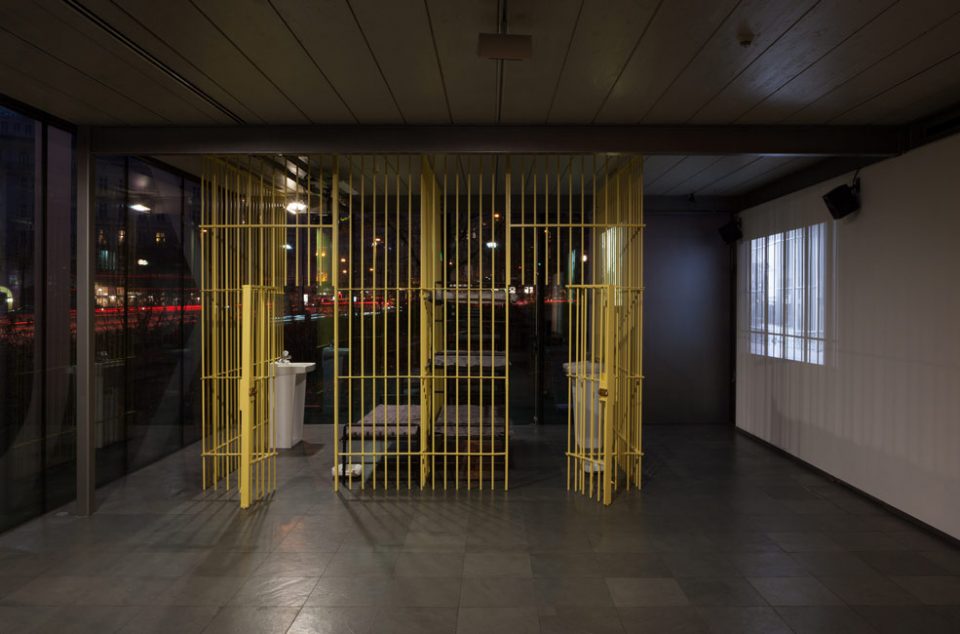 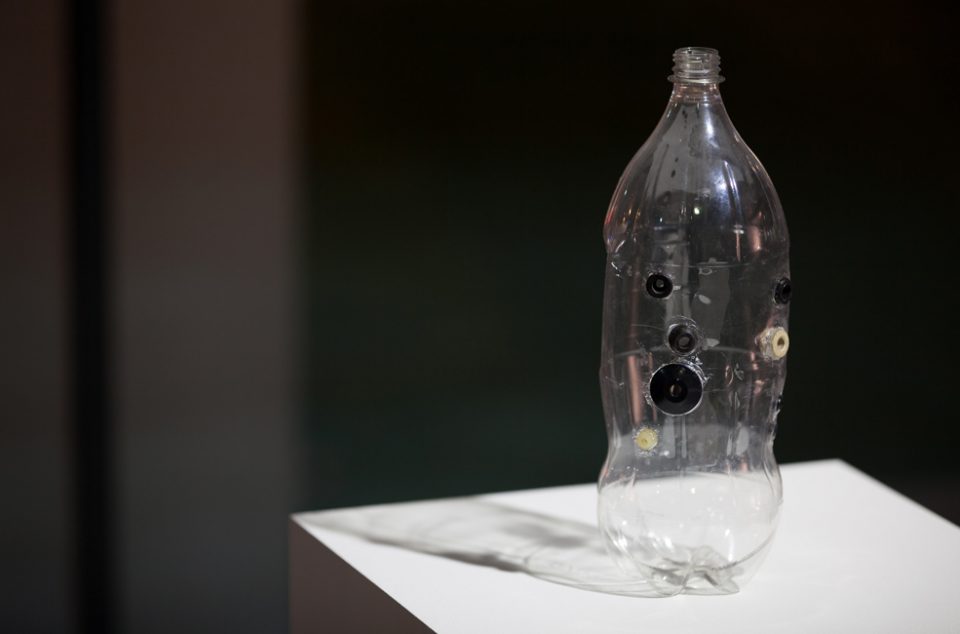 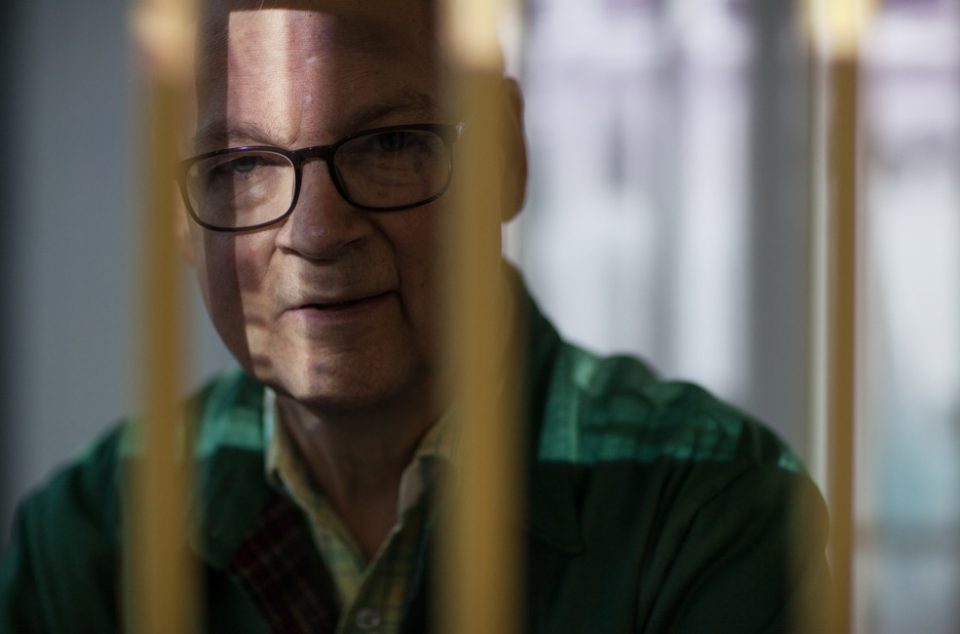 Kunsthalle Wien presents a solo exhibition by Tony Conrad, a pioneering figure in contemporary culture. His multi-faceted contributions since the 1960s have influenced and redefined music, filmmaking, minimalism, performance, video and conceptual art.
For this exhibition, Conrad presents an installation for Kunsthalle Wien’s glass exhibition pavilion that relates to his ongoing interest in the structures of power and addresses ideas such as isolation, surveillance, and social and visual transparency. One of the central elements is a prison cell which functions both as a sculptural object and a projection surface for film. This installation is a replica of a jail cell that was used as the setting for a six-hour 16mm film, which Conrad made in the 1980s, and which featured the artists Tony Oursler and Mike Kelley, amongst others. An edited version of this film will be shown for the first time in Europe as part of the installation. Overturning notions of confinement and emphasising the ambiguity between interior and exterior, the cell door stands open, serving as a direct and nonetheless ambiguous invitation for exhibition visitors to enter the installation. As Conrad has said: “the cell beckons one to enter; the open doors promise transparency, not confinement.”
Also included in the exhibition are a series of glass panels with peep holes, which the artist refers to as ‘paintings’, orthographic projections of these glass panels, and an invented acoustical tool, which similarly plays on notions of transparency both in its concept and form.

Tony Conrad (*1940, Concord, New Hampshire, USA) has exhibited at major institutions such as the Museum of Modern Art New York, Documenta, Venice Biennale, Tate Modern London, LA Museum of Contemporary Art, and many others. In the 1960s he was a member of the Theatre of Eternal Music and his film The Flicker is considered a key early work of the structural film movement.