G. M. Tamás: The Nationality of a Virus 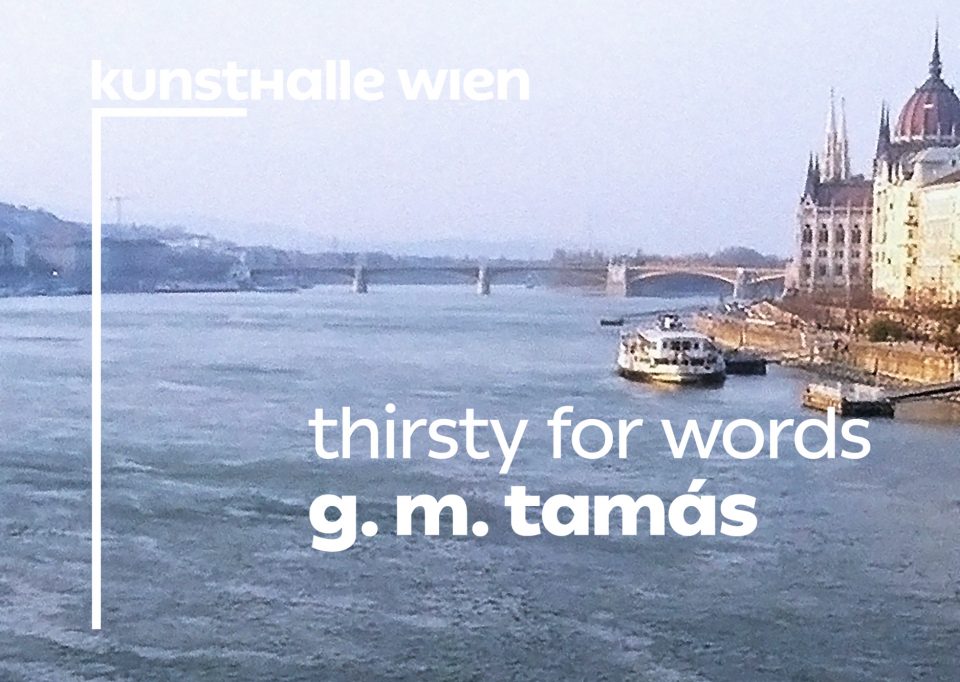 As it was to be expected, the authoritarian governments in Eastern Europe have used the coronavirus epidemic as a pretext to enlarge, to extend, to harden their power and, in the case of Hungary, to put finally the constitutional system out of its misery, where – for an idefinite period of time – the only source of law (Rechtsquelle) is now the supreme leader, Mr Orbán. What a bore.

Like always in such cases, people in richer and cleaner, better appointed and better equipped countries are asking themselves piously, how on earth could East Europeans put up with this sort of annoying nonsense.

Well, one thing is that people everywhere are prepared to submit to a new public order that has no precedent in interfering with individual, even physical, liberty to this extent, in regulating individuals’ movement and proximate human intercourse, prohibiting work, presence in public places and so on, something no outlandish tyranny would have ever dared to demand in the darkest of ages. In this, apparently voluntary, obedience East Europeans are no worse than anyone else, on the contrary, they are as a rule less disciplined than most Western nations.

But politics is different.

East Europeans are not protesting the loss of a liberty they do not believe in anyway.

It is not a question of the preternatural hypocrisy of the bourgeois order where individual freedom has been contrasted – for long centuries – with the lack of social justice. This is a little deeper and a little more specific than the old thing that (to quote Leonard Cohen) everybody knows.

In order to defend itself and its autonomy, a civic community will have to know itself as such, but East European societies would not dream of imagining themselves to be ‘civic communities’.

In our backward and hidebound imaginations, we East Europeans have only one memory of a ‘civic community’, to wit, the one based on common ownership: not the ‘common ownership of the means of production’ in the strict old-Marxist sense, but the common ownership of everything that matters. Not only the factory, not only the barracks, not only the university, but also the family apartments in the council estates (or Plattenbau in the GDR or the Arbeitersiedlungen in Red Vienna), the summer camps, the workers’ clubs, the libraries and so on, meaning work and leisure, public and private, social and personal – literally, everything that matters.

A ‘civic community’, according to East Europeans, existed when the community seemed to own and to rule and to arrange for places to live and to work and to be ‘ourselves together’. Obviously, not everybody liked that, but those who didn’t, did not like communities either. When what was called, rather imprecisely, ‘real socialism’ was asked to join the company of everybody else, East Europeans calculated that politics – which appeared to them to be a question of commitment and mobilisation – has ended altogether. No community, no politics. Individual liberty equals the primacy and the preponderance of the personal. (Compare my earlier essay, ‘1989: The End of What?’)

As long as individual variety with all its quirks and styles did not seem to be touched by state brutality and prejudice was tolerated in its virtual infinity, the East European malaise was not thought to be a matter of freedom or not.

Power, of course, belongs to the owners separated from the community – as it has earlier belonged to the community of owners – hence there is no freedom for people who would constitute a civic community if they had power, the power of ownership. But they don’t.

So when people such as myself would make a fuss about the abolition of the ‘rule of law’, of ‘constitutionalism’ and such, i. e., about the suppression of civic liberty, East Europeans would ask, well, didn’t you guys of 1989 say that the state is there to protect us from its own interference. But now it isn’t the state that interferes, but the virus. The constitution was put there because there is no civic community which could defend itself even without such pieces of paper if it existed. But it doesn’t. So get lost.

It isn’t true that East Europeans don’t care about freedom. They do. But they were taught by quite respectable thinkers from Aristotle to Spinoza to Hegel that freedom without civic power is not much. If they could be tempted, again, by an idea of liberty, the political seducers will have to answer questions concerning common ownership and the ability of a civic community to furnish our lives – work and sex and leisure and study and art and sleep – with the ability only property confers, as both real socialism and real capitalism are teaching us without the shadow of a doubt.

I am in two minds about this.

Quite apart from my old dissident antipathy for ‘real socialism’, I believe – without any liberal illusions – that under capitalism (especially state capitalism that might take over from ‘neoliberal globalisation’ which had ceased to function a number of years ago in any case) the guarantee against arbitrary rule can only be a guarantee of paper, that is, a text, deemed to be uncontrovertible, both upholding and opposing the rule of fact which is, as everybody knows, money and firepower. Law is where you can, under capitalism, to negotiate liberty without an unmediated regard for property.

Many East Europeans think that this doesn’t make a great deal of difference. And it frequently doesn’t. However we judge this, arbitrary, lawless authoritarianism is growing, with a true religion of inequality (class, race, nationality, gender, age, health, education, housing, degree of pollution), and socialism – real or imaginary – is nowhere. But we must admit that constitutionalism is not anywhere, either. It has vanished without eliciting comment. The problem seems to be, are there enough masks, gloves, protective clothing, disinfectants, intensive-care beds, crematoria, cemeteries and dustbins. Nobody seems to be interested in where would they come from. The civic community is absent, the state functions in a vacuum – therefore inefficiently – and the increased powers refer to something (such as, say, ‘society’) the reality of which is rejected with our distinctive brand of humour.

Meanwhile, people are dying, alone, forced by the current etiquette to eschew saying good-bye to their children.

G. M. Tamás (*1948 in Kolozsvár/Cluj, Romania) is a Hungarian philosopher and writer. Forced to emigrate from Romania to Hungary in 1978, he taught for two years at the University of Budapest (ELTE) but was then dismissed for having published (and signed openly) illegal tracts in samizdat. He subsequently became a leading figure in the East European dissident movement. From 1986 to the present day, Tamás has held numerous appointments and fellowships (a. o. at the Central European University, Budapest/Vienna; Oxford (Columbia); Woodrow Wilson Center, Chicago; Wissenschaftskolleg zu Berlin; University of Georgetown, New School at Yale; Institute for Human Sciences, Vienna). He was elected to Parliament in 1990 and elected Director of the Institute of Philosophy of the Hungarian Academy of Sciences in 1991. In 1994 and 1995, respectively, he has stepped down from both. Later, he lost his job at the Academy of Sciences – this instigated public protests.
Currently, he is Visiting Professor at CEU’s Department of Sociology, Budapest/Vienna.

The versatility of Tamás’ political philosophy and theory is remarkable: over the course of his lifetime, his views gradually shifted to the left. He is said to belong to the circle of heretical European Marxists.

G. M. Tamás’s piece The Nationality of a Virus has been published in German in the May issue of Tagebuch, a “leftist, unorthodox magazine” from Vienna, discussing issues of politics and culture.