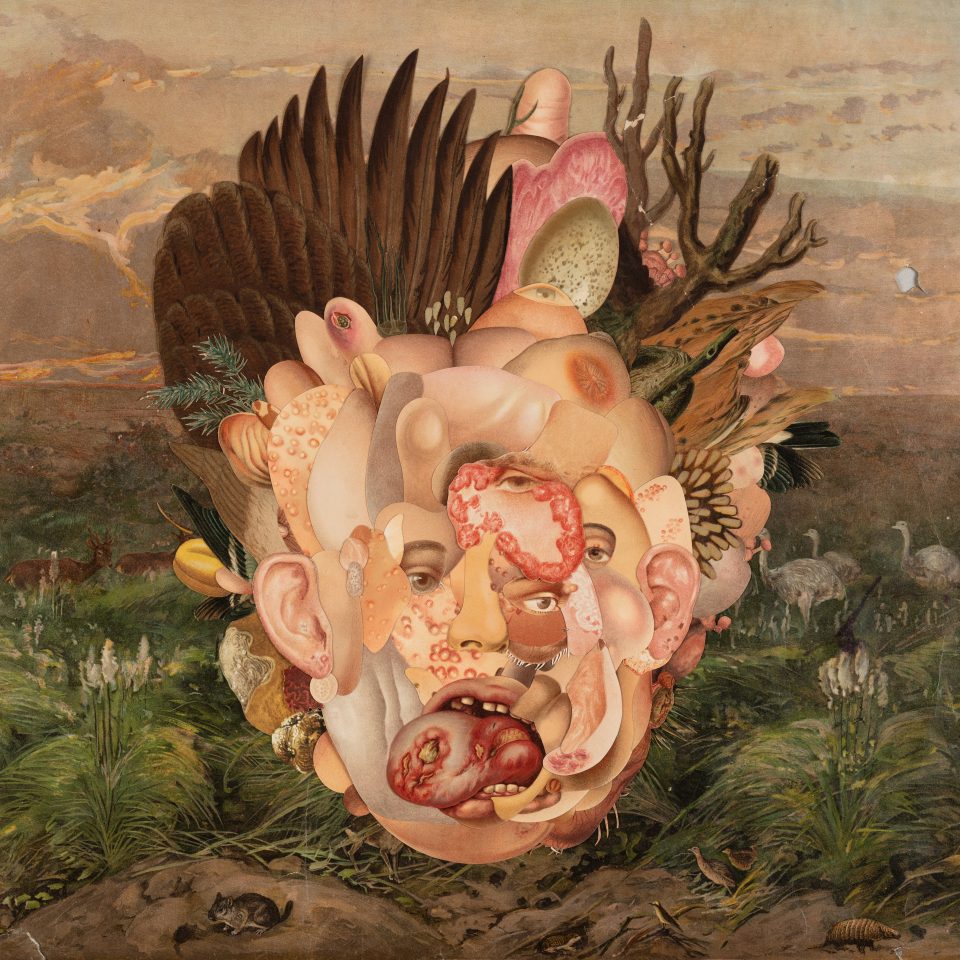 Ines Doujak presents a podcast series on the history of pandemics titled Transmission: A series of five Podcasts on Disease and Pandemics in a Distorted World (2021) in collaboration with John Barker. The podcast series looks at the social and cultural history of pandemics, beginning with the global transmission of diseases that was facilitated by European colonialism. Interwoven with spoken word, music and songs, Doujak and Barker consider how the spread of disease, parasite and infestation throughout history has created a dehumanised language, which has entered political vocabulary, specifically directed at migrants, minorities and the poor.

Transmission: A series of five Podcasts on Disease and Pandemics in a Distorted World (2021) was written and produced by Ines Doujak and John Barker for the Liverpool Biennial 2021.

The cost of cheap meat is too high; the focus on ´wild´ meat (game) a camouflage. The virus cannot believe its luck, transmission in battery farms, production line slaughterhouses and deforested land all too easy.

The class structure of the present pandemic highlights the inequalities of the globe. While the rich escape in private jets and into bunkers he poor have to choose between starvation and infection and die in numbers to be deposited in experimental coffins.

In CLASS you hear the voices of Ceri Ashe, Fani Arampatzidou, Eoin O’Cearnaigh and Esmeralda.
Music with lyrics by Barker&Doujak composed and performed by Meta Meta;
Jingle by Maja Osojnik;
Sound editing, mixing and mastering: Michael Jellasitz;
with quotes from Eduardo Galeano and song excerpts from Cousin Mosquito by Congress-Woman Malinda Jackson Parker

The ferret and the prisoner play an unrequited role and victory is wrongly claimed. The armies of the world see bio-weapons and bio-defence but the virus born in deranged landscapes and encouraged by incontinent trade knows no borders. Vaccine promises play the stock market and promise that we do not need to change our ways.

Two persons weave in and out of their lives, neighbourhood, diseases of the past, the promises and expectations of religion and science. They think of scary judgments passed on people as functional or surplus to the needs of capitalist defined production, of the vulnerability of non-poductionist Indigenous societies, seek brief solace in poetic justice but find that not all beginnings have an end.

This is about the landless, disease spreading vagabond, with renewed prominence in today’s political discourse; about labour discipline; about infections and contamination, both used as crossover between actual diseases and markers of the political other, the inside and the outside of the body; and about colonial — and class attacks. As in the past a dehumanizing language of disease, parasites and infestation have entered a political vocabulary directed at migrants and minorities.