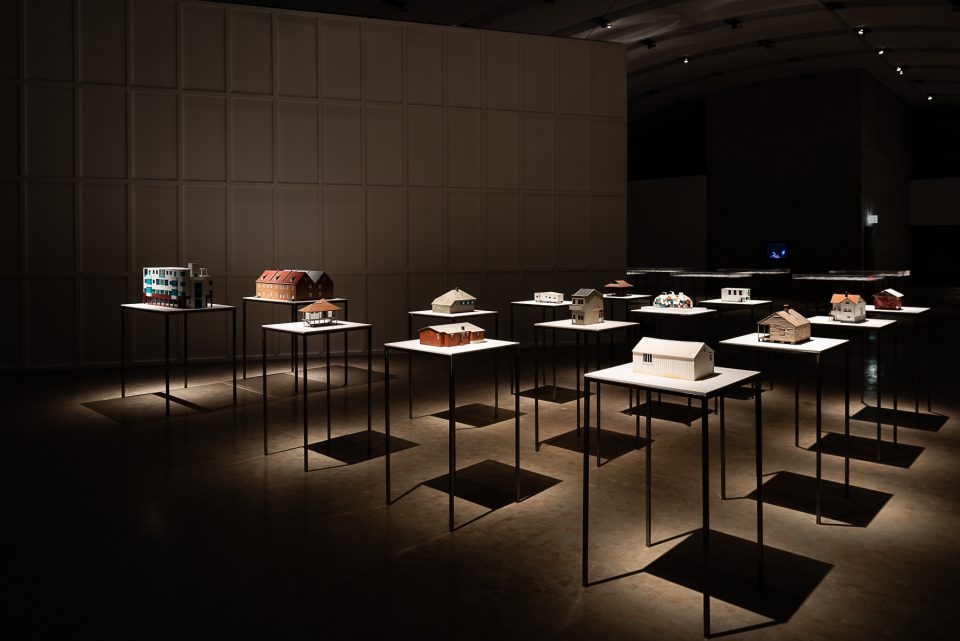 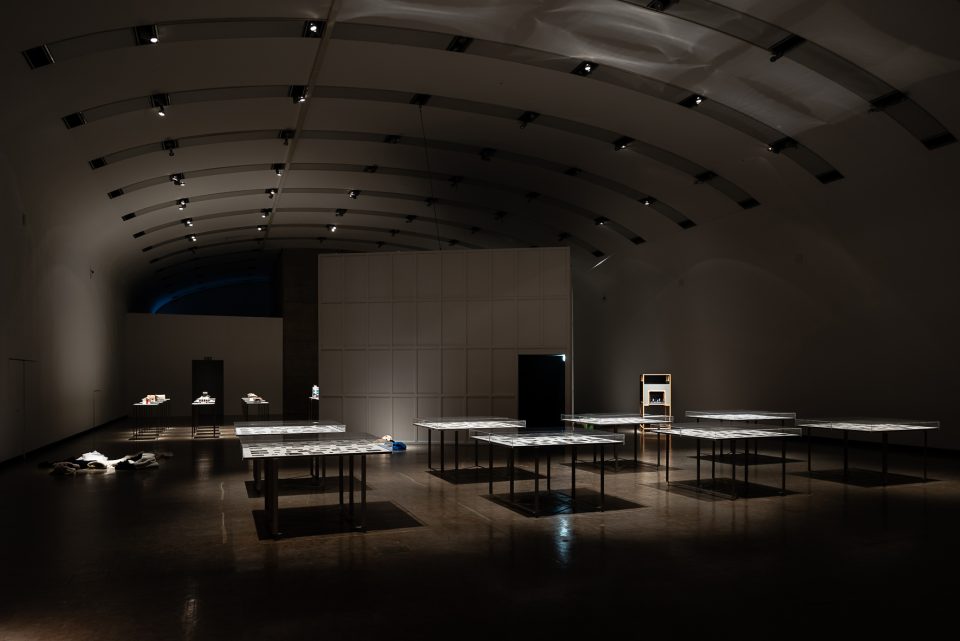 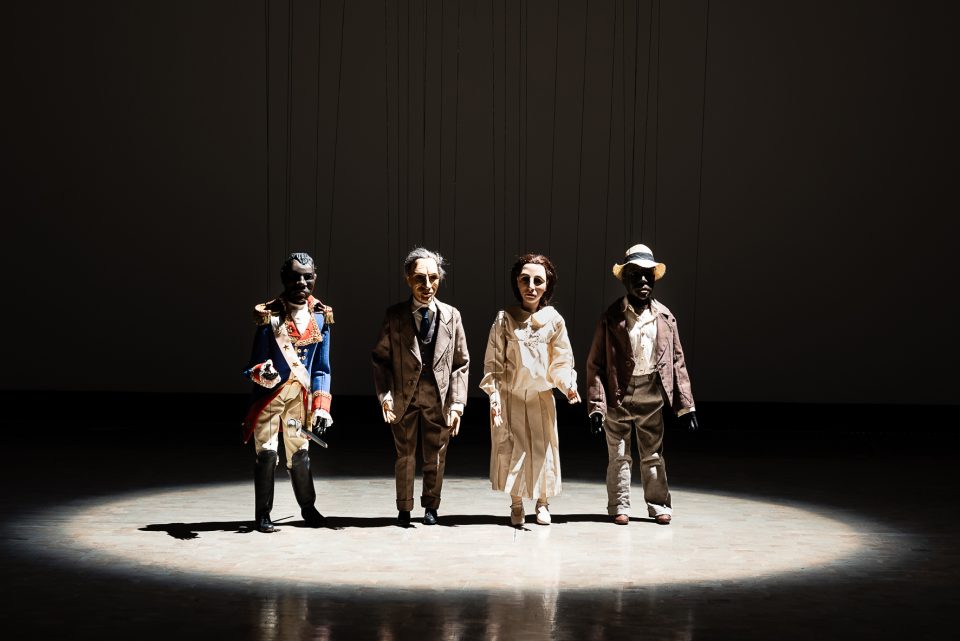 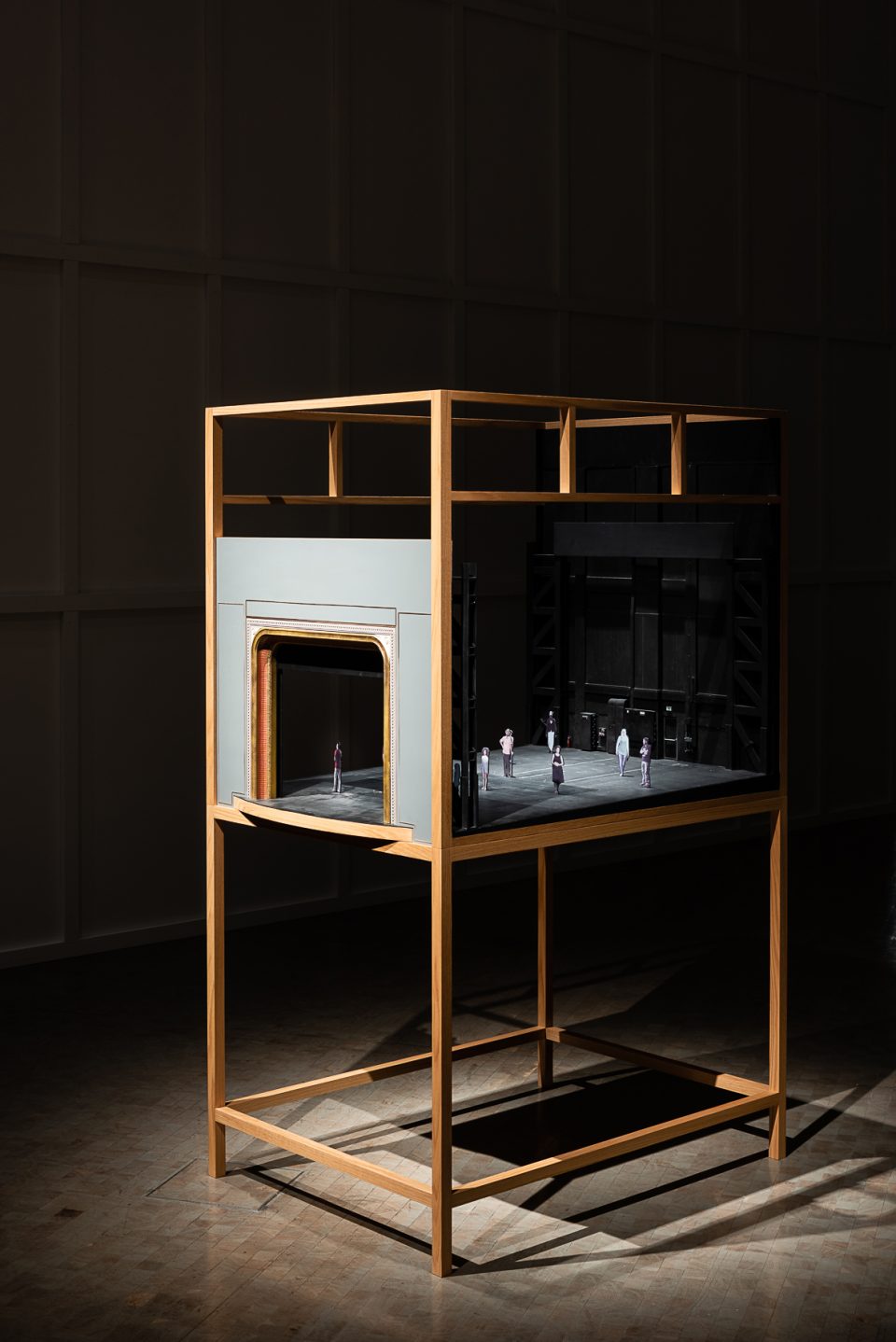 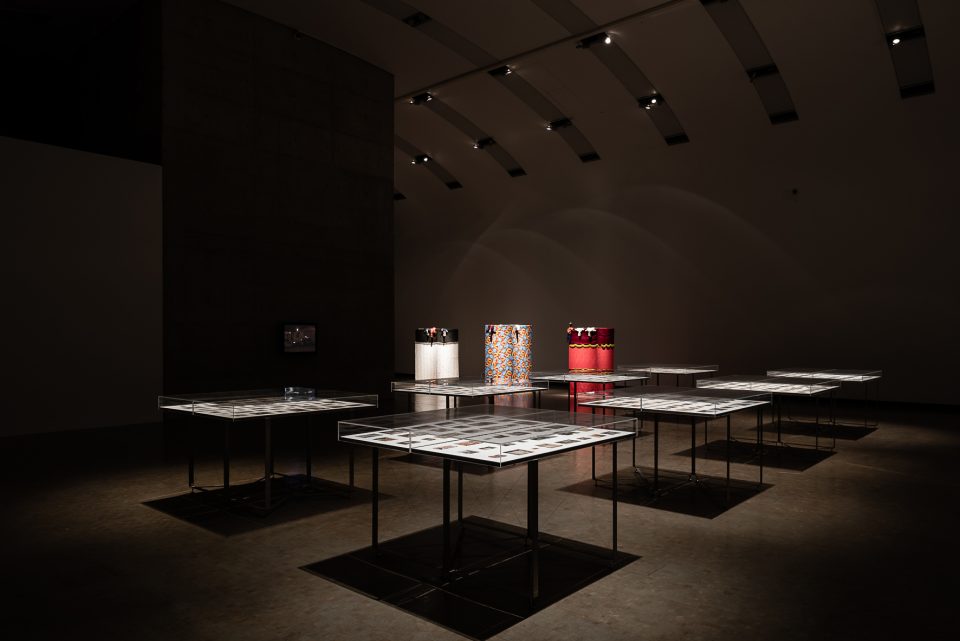 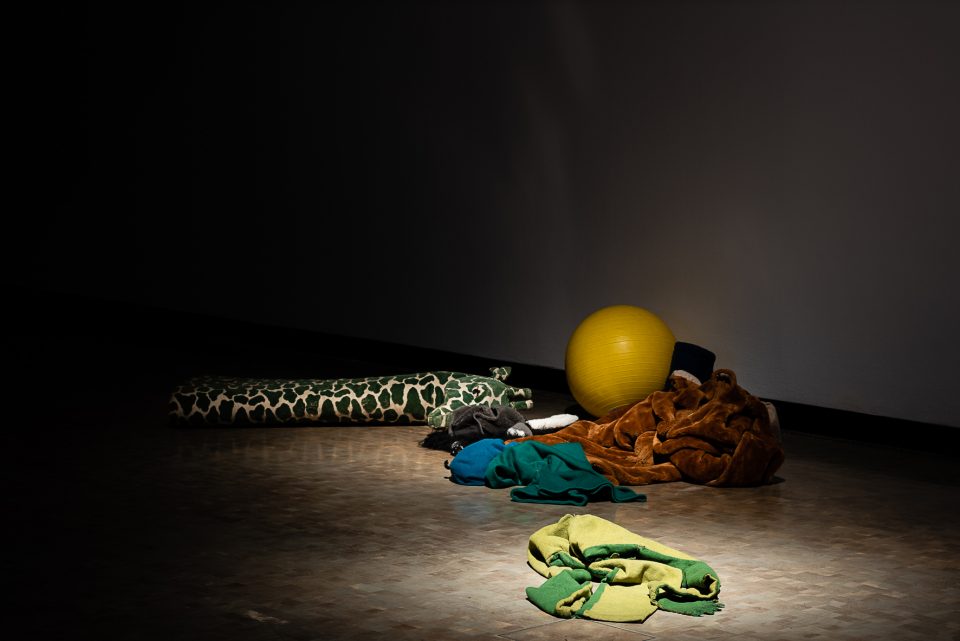 Peter Friedl’s multifaceted works are exemplary suggestions and solutions for aesthetic problems regarding our political and historical consciousness. In pursuit of new narrative models, his projects examine both the construction and limitations of representation. The exhibition Teatro at Kunsthalle Wien focuses on a series of recurring themes in Friedl’s œuvre: model, language, history, translation, theatricality.

The centrepiece of the exhibition is the film installation Report (2016), which was first presented at documenta 14 (2017). Based on Kafka’s AReport to an Academy Friedl developed a simultaneously complex and cinematographically opulent reflection on the interplay between identity and language, as well as adjustment and autonomy. Works such as The Dramatist (Black Hamlet, Crazy Henry, Giulia, Toussaint) (2013), and Teatro Popular (2016–2017) focus on the topos of theatricality as well but concentrate on the concept of the model. Inspired by traditional forms of puppet theatre, these model arrangements may be interpreted as potential counter-narratives to modernity. This links them to the series of architectural models Rehousing (since 2012), a selection of model houses presenting highly diverse reflections on history, politics, biographies, and ideologies; they are “case studies for a kind of mental geography relating to an alternative strain of modernity”. (Friedl)

Teatro also features older works such as Dummy (1997), a video work first shown at documenta X, or the long-term project Theory of Justice (1992–2010). Both examine the problematisation of fictions of justice from different angles. They not only provide insights into thematic or formal continuities and changes in Friedl’s œuvre, but also gain new, often daunting relevance in view of current struggles for distribution and recognition.